Is the EOS R suitable for wildlife photography?

Here is my experience using the EOS R. I will not discuss too much technical specs and all the features of the camera. My aim is to discuss the capabilities and suitability of the EOS R for wildlife photography while providing some insights on how you can set up your EOS R to shoot wildlife.

In my time spent with the EOS R, I focused only on certain aspects that will affect you as a wildlife photographer. This review covers my testing and thoughts on:

To set things straight, I don’t fancy using mirrorless systems simply due to the nature of the photography I do, especially wildlife. Which is why it was challenging adapting from being used to shooting with an EOS 1Dxii / EOS 7Dii to the EOS R. Having used mirrorless bodies (M5, M50 etc) from Canon before, none of them gave me the confidence in getting my shots. Here’s why :

1) Shooting with an adaptor (EF-M to EF) slows down autofocusing, rendering quick AF acquisition and tracking an utter pain. Not even mentioning the loss of image quality.

2) The ergonomics of the set-up is poor for handheld shooting. Mounting a large lens on a tiny body throws everything off balance. Imagine all the weight resting on your left hand and being almost weightless on your right.

3) EVF slows everything down. Nothing is faster than seeing your scene as it is, in real-time with 0 lag.

So did the EOS R change my opinions on these issues? Read on!

When I first received the EOS R, I was pleasantly surprised about its size. Definitely no where near the size of your usual mirrorless body but just slightly smaller than a DSLR.

The weather-sealed magnesium alloy body is built like a tank. At first glance, you would have noticed the new Multi-Fn touch bar and the new LCD screen. As expected, the functions of these buttons, dials and bar can be customised according to your workflow. I personally did not find the need to use the touch bar at all. The new LCD screen is pretty cool. Even when the camera is switched off, it will still show the last mode the camera was in.

The EOS R only uses a single SD card slot. Heave a sigh of relief, it’s not one of them XQD cards slots.

Best part yet? It uses the same LP-E6 batteries as the semi-pro / pro Canon bodies.

Using the Canon Control Ring Mount Adapter EF-EOS R, I mounted an EF 100-400mm f/4.5-5.6L IS II USM Lens and headed out to get some shots. The camera felt just like a downsized DSLR and had great balance for handheld shooting.

Minimal edits were made to each photograph.

This couple was nesting in the mangroves of Sungei Buloh, lighting was terrible and these sunbirds as you would expect, have very erratic movement, not staying in one place for long. The EOS R handled low light situations really well and images shot at higher ISO are completely usable, preserving all that detail. More examples below, shot approximately 30min before sunset.

The image quality is truly fantastic. The 30.3 megapixel sensor is the same one found in the highly popular EOS 5D mk iv and the results speak for itself. The camera’s dynamic range is awesome. Although you should always aim to get your exposure right the first time, it always helps to bring out detail when your subject is mostly black/white, or when shooting in harsh lighting.

The EOS R lacked a joystick, something I rely on a whole lot with moving my AF point(s). You most definitely would not want to keep tapping on the 4-way control, you would’ve missed the shot by then. A workaround is to use the responsive vari-angle LCD touch screen 3.15″ (8.01cm) to move your points.

Shooting handheld, I would not be using the camera in live mode (live preview) but rather through the electronic view finder (EVF).

Under the AF menu, head to Touch & drag AF settings and use these settings.

While looking through the EVF, I could simply use my thumb to move points around swiftly and get the compositions I want. Especially since I shoot with single point AF 95% of the time, the touch & drag makes it much faster than using a joystick. 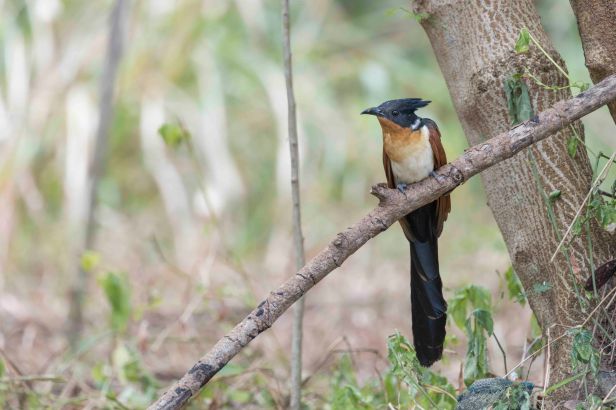 Usage with the 1.4x iii Extender

Shooting at 400mm on a full-frame body can only give you that much reach, more often than not, it is not enough. The AF system in the EOS R is Canon’s most advanced system yet, allowing full autofocus control, even at f/11 (100-400mm mkii + 2x iii extender). I didn’t have a 2x extender so I slapped on the 1.4x extender (560mm @ f/8) and gave it a shot. To keep it short, I was blown away by the results.

I have no idea what happened to this lizard but it was dried up and stuck on a tree. Look at those details! 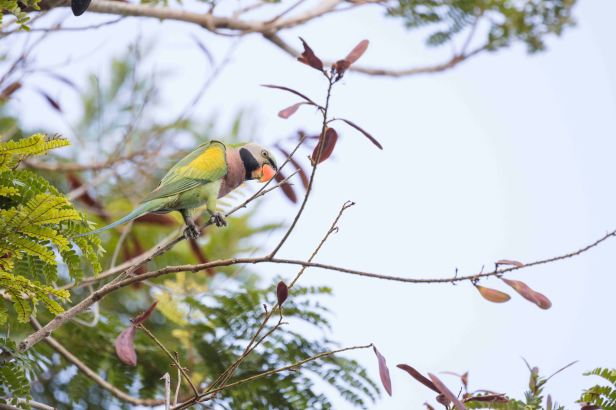 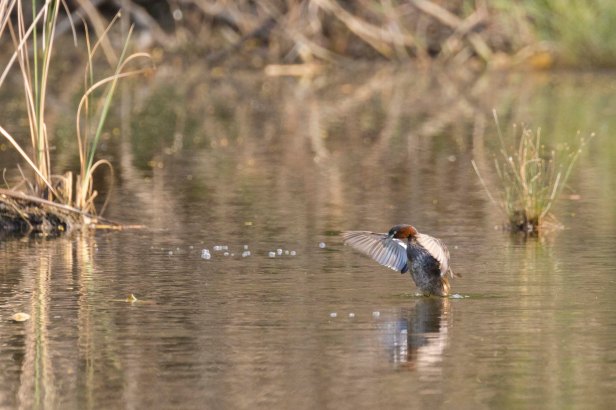 Images were not soft and the details you get even after cropping is insane. This is truly a game changer. Note that all the shots were handheld.

I got used to operating the EOS R and decided to take it a step further, making the attempt to photograph the endangered Grey-headed Fish Eagle (GHFE) hunting at Ulu Pandan. To fully commit to doing this review, I left my usual set up at home with the risk of missing all the shots.

The DSLR bodies I use, the EOS 1Dxii or the EOS 7Dii, are fast bodies with superior auto-focusing systems. Similarly, the EOS R gives you precision control over tweaking Tracking Sensitivity, Accel./Decel. Tracking and AF pt auto switching.

As you can see in the photos above, the EOS R performs well with fast subject acquisition (Canon claims focus speeds as short as approximately 0.05 seconds) and the ability to focus in low light (EV-6) / low contrast situations (getting the eyes sharp despite the black feathers).

But how does it deal with birds in flight? Are action shots possible?

The lighting conditions were terrible that day. Harsh light casted shadows and blown out the highlights. This Purple Heron came by the canal for breakfast and was definitely not disappointed by the abundance of fish. As expected, a family of Smooth-coated Otters showed up and enjoyed their Catfish meals too.

Soon after, two Brahminy Kites started circling and made several attempts to snatch the fish from the Otters. Despite the harsh light, the EOS R handled it pretty well and I could still save some feather details on the raptor.

I was shooting with a single-point AF / expand AF area and AI servo (continuous focusing). A huge downside is that the EOS R can only shoot at 5 fps in AI servo. Without those extra frames, it’s likely to miss out on interesting shots that could have been captured. Furthermore, you will lose a second or two when you visually acquire the subject through the EVF (since it takes time to switch from live view to the EVF preview) and this can’t be helped, an optical viewfinder will obviously not have this problem. Many people have also mentioned a “lag” in the EVF during bursts, but that is due to the image preview that shows up on the EVF after each shot. Turn off image preview in the menu and it would be less frustrating.

After 2-3 hours, the Sun rose high as ever, but eventually, the star of Ulu Pandan appeared. The GHFE is near-threatened but they seem to be doing well in Singapore! This particular individual had captured the hearts of residents and photographers by hunting for catfish everyday in the canal.

In wildlife photography, it is of utmost importance that you are familiar with your camera and being quick to adapt to the situation. For example, I always shoot in manual mode (M) but I register presets on C1,C2,C3 for a quick switch of settings, for static subjects, or birds in flight. Being able to anticipate the subject’s behaviour and change crucial settings fast when you need to will get you optimal results.

The absence of the mode dial on the EOS R made it tough to switch over to my custom modes and changing modes was a two step process. 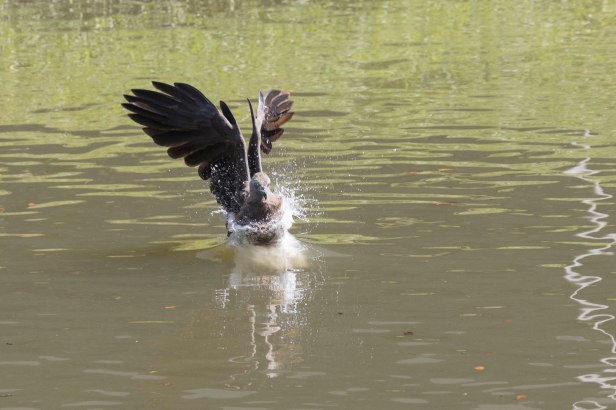 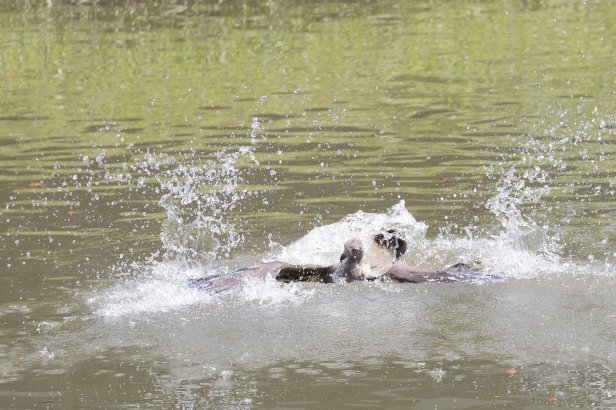 You can see the dive sequence I managed up above, note that there were many other frames that you don’t see here. Although I was shooting at only 5fps, I was pleasantly surprised at how the AF system acquired and tracked the eagle in every single frame.

After the successful dive, it flew to the barrier but clumsily dropped the fish. That only meant more opportunities for action shots. 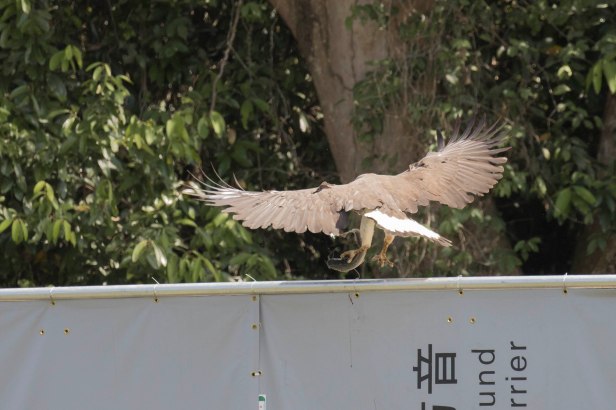 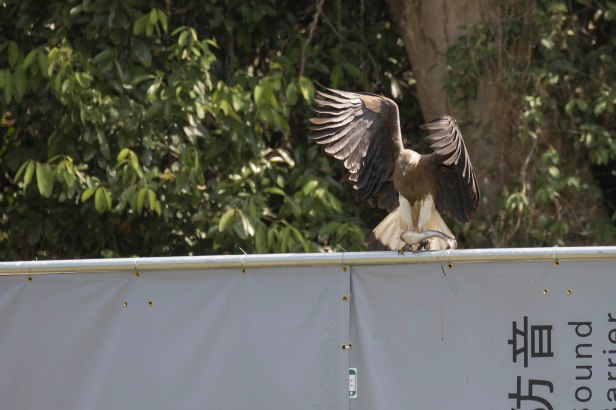 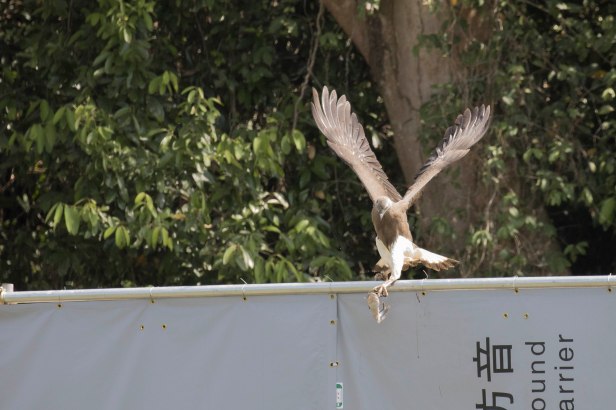 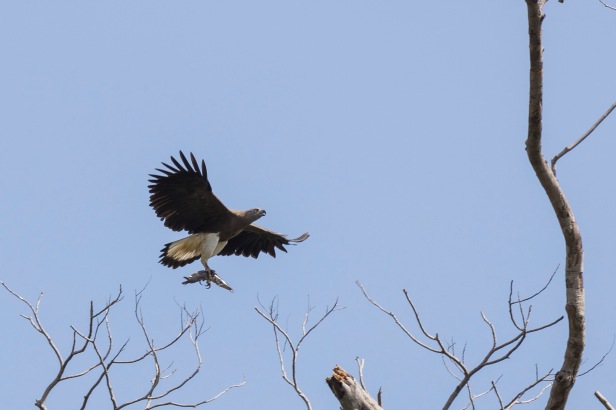 Well, I would consider that shoot a success!

Be reminded that all these were shot with the EF-EOS R adaptor, at 400mm and cropped. The image quality coming from the new CR3 raw files were simply amazing. If your adobe software isn’t reading the new format, download the raw update from Adobe’s website, or simply convert them to DNG. 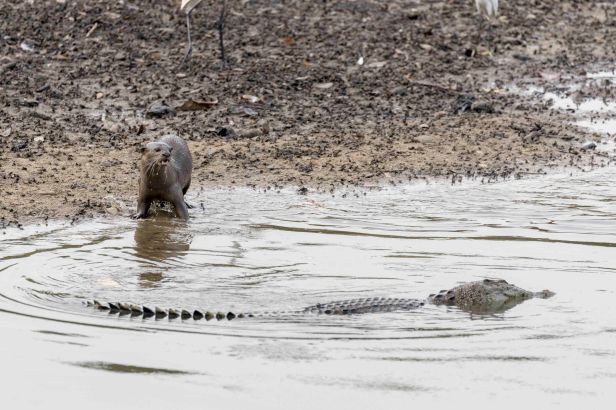 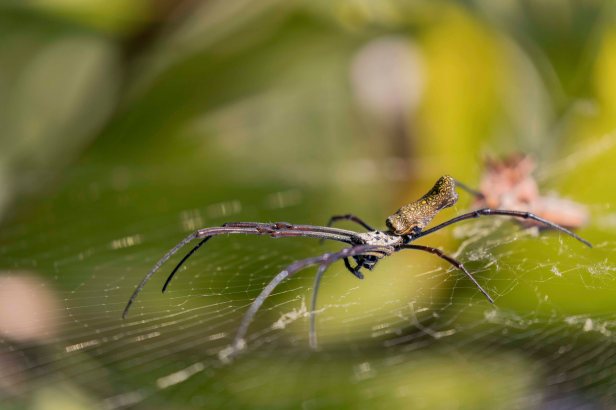 I had a really positive shooting experience with the EOS R. I absolutely had my doubts on using a mirrorless system to shoot wildlife, especially with Canon’s first full-frame mirrorless camera. It still isn’t the perfect camera for wildlife photography but it truly surpassed my expectations. A higher fps capability would certainly entice me more to switch over. Critics talk about the EOS R lacking in-body image stabilisation (IBIS), I believe with great technique, you can overcome this easily.

This camera is definitely not a toy. In Canon’s lineup, it is on par with the 5D mkiv and at a similar price point. The EOS R has many other capabilities I did not cover here that is meant to improve workflow and give users the best of new technology. I was also sent the Canon RF 24-105mm f/4L IS USM Lens. The inclusion of the control ring in front of the new RF lenses (also customisable) is another awesome innovation by Canon.

However, looking at the 2019 lineup, Canon photographers can look forward to more professional-grade R lenses to be coupled with the EOS R or the EOS RP.

Even if Canon does not release any super telephoto R lenses, just use the adaptor for your EF lenses. It gets the job done!

5 thoughts on “Wildlife photography with the Canon EOS R”