During my 3 week road trip touring both the North & South islands of New Zealand, I chanced upon a large array of wildlife the country had to offer. This was not a pure photography trip and the wildlife photographed were all seen during hikes, along the roadside where convenient to stop and other random places we visited. Definitely a bugger to miss some of the common yet beautiful endemic birds but I was so lucky to even spot species like the Royal Spoonbill on a random wetland I drove past, amongst many others like the rarest penguins in the world. There were of course the really common birds which I did not pay much attention to. I also had a chance to visit the famous Gannet colony where I could observe and document their unique behaviour. This series is split into 3 parts to retain the best resolution and viewing experience.

All wildlife photographs were taken with the Canon EOS 7D mark ii and the Canon EF 100-400mm f/4.5-5.6L IS II USM Lens. All rights reserved.

One of the highlights of the trip happened when we visited the Katiki Point Lighthouse (10min drive down south from the Moeraki Boulders). Katiki Point is a protected area due to its breeding population of the endangered and rare Yellow-eyed penguins amongst other birdlife in the area. We arrived 30min before closing and tried our luck, following the coastal path and looking down to the beach. 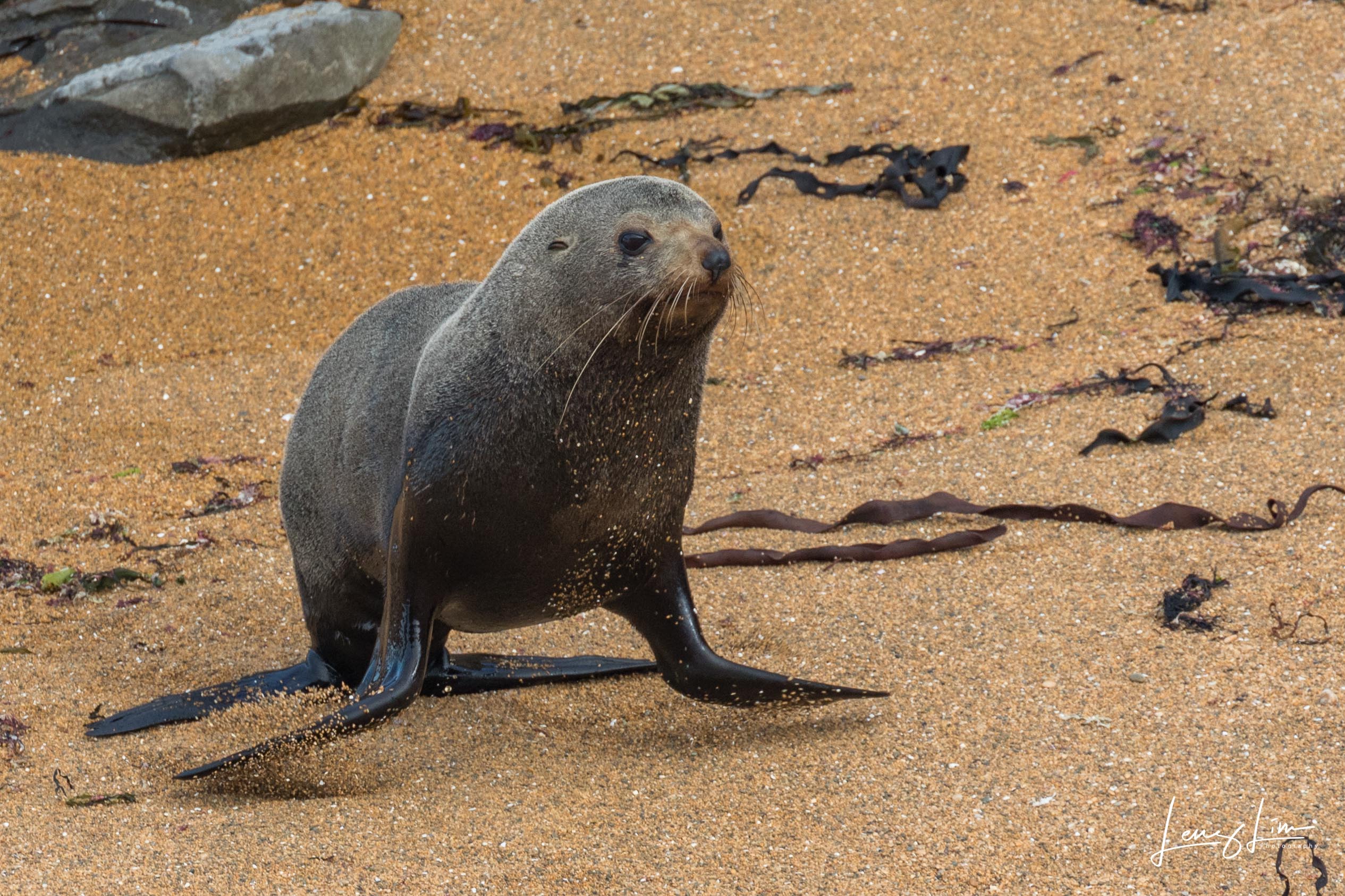 The first animals I spotted were the New Zealand Fur Seals , some carefully camouflaged with the rocks and seaweed on the beach (looking like plump sausages). We saw a great deal of these seals throughout the trip in various locations but the best shots were taken at Katiki. It was almost sunset and the tide forced one of the seals to get up from his slumber and move further into the beach. I was lucky to capture that moment when the seal was thrashing up sand with those flippers!

The photos in the slideshow above were taken at the Nugget Point Lighthouse. Just wanting to show you how well these seals camouflage. Can you spot it? 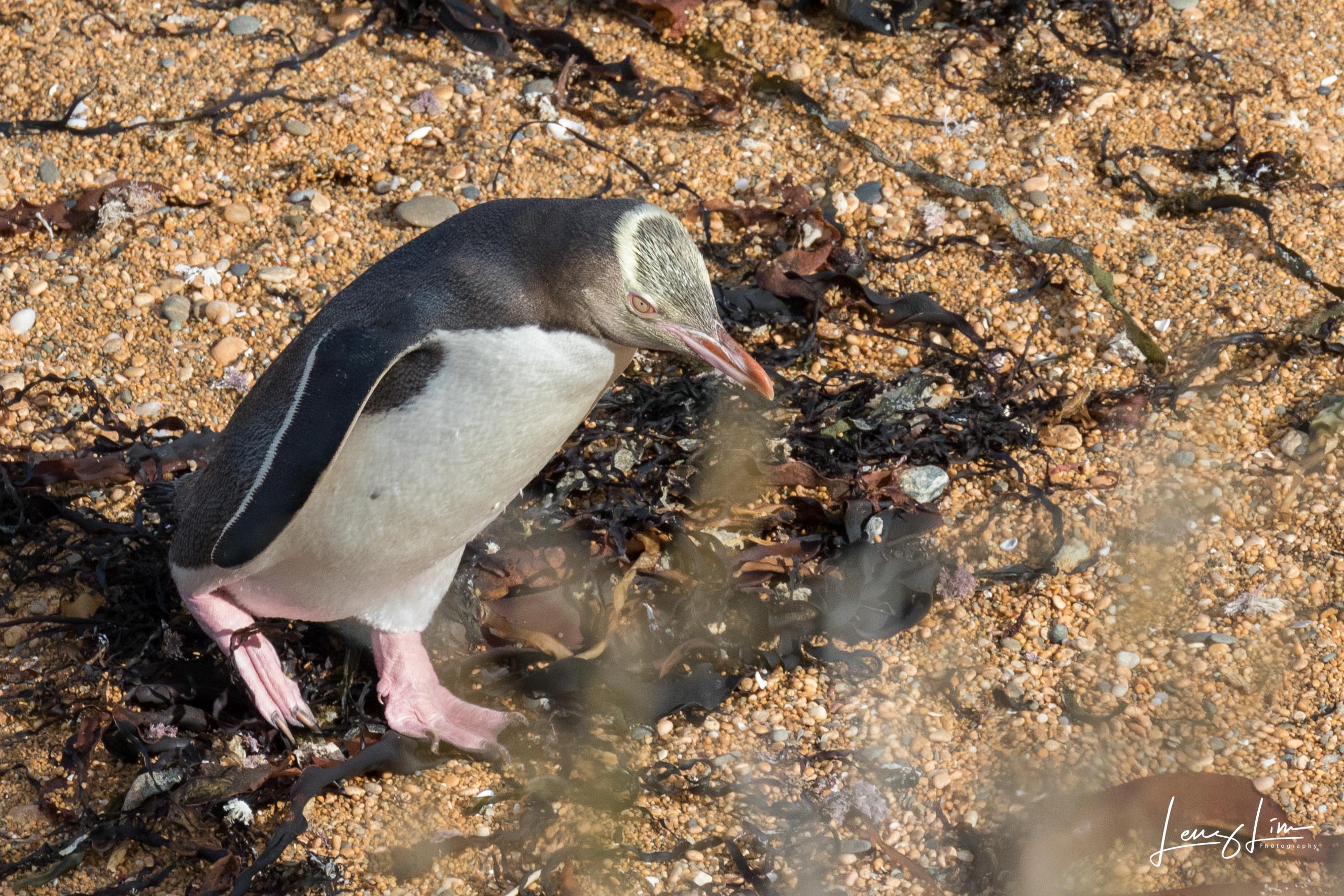 We were told that the Yellow-eyed penguins should be returning home from sea at any time now but unfortunately that wasn’t the case. Thankfully, I managed to spot just one individual at the far end of the beach with my lens. Shots were from high above but i’m definitely pleased with these record shots. Came here with no hopes of seeing any but what an experience that was! Other species that we saw were the nesting Red-billed Gulls, Southern Black-backed Gulls and Variable Oystercatchers (Torea).

The famous trek to Roy’s Peak was a fulfilling one, definitely worth it lugging up that heavy gear. 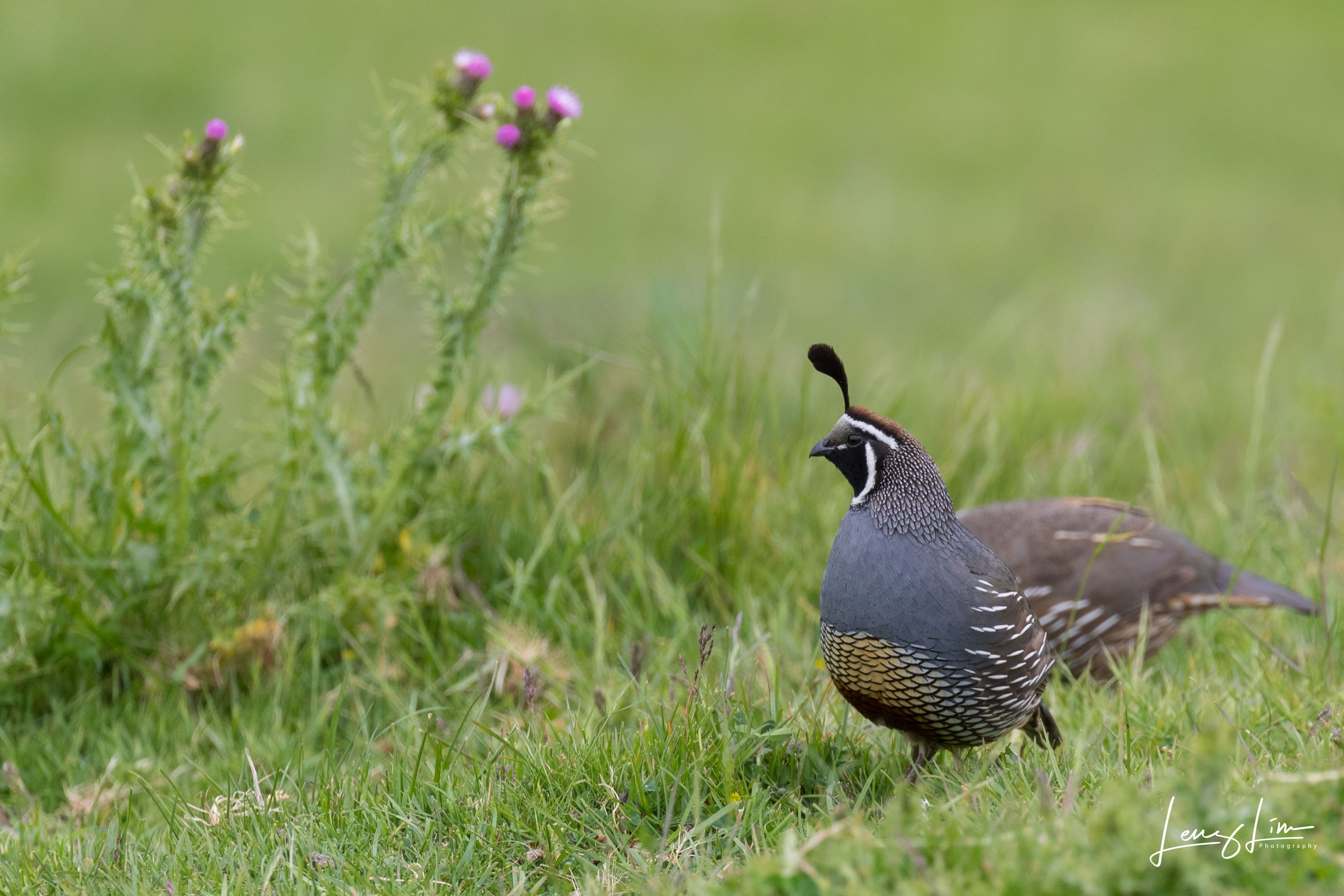 One of the birds that kept appearing during the trek was the gorgeous California Quail. Check out those beautiful colours and the unique forward-drooping crest it has! The female is the one in brown~

Besides the wonderful endemic species of birds, many introduced bird species (mostly from Europe) also call this place home.

After many failed attempts, I managed the following shot of the Common Redpoll. Skittish and sparrow-sized! Pretty happy with this one (cause it’s the only usable shot -.-).

As you would have guessed, Sheep are everywhere in NZ. Like everywhere. The juveniles are cute though.

A heavily cropped image of a Goldfinch. Took a better shot in Europe before, showing those vivid colours but this was all I managed. Juvenile was shot somewhere in the North Island. 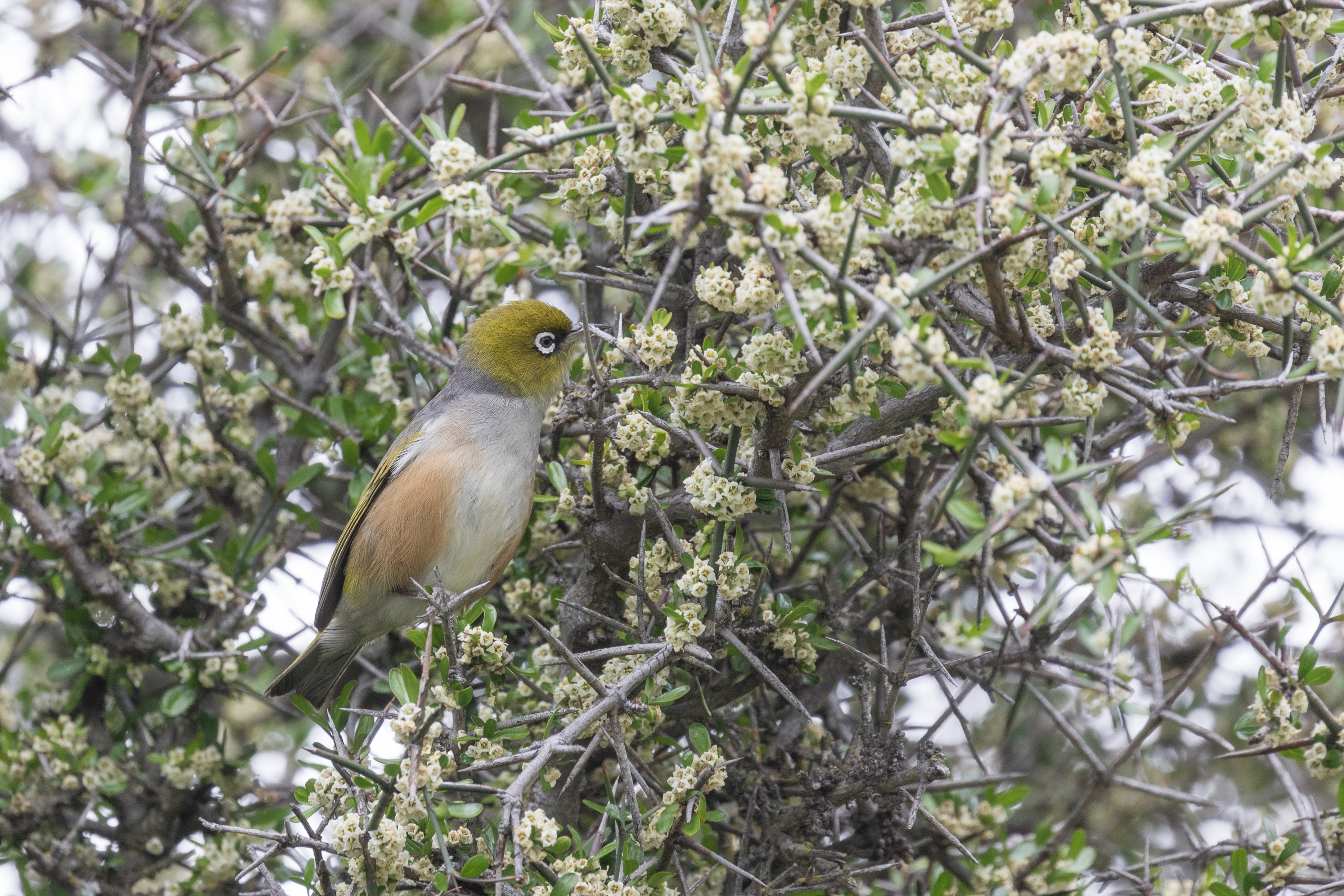 I read that Silvereyes are common in NZ but this was the only one I saw the whole trip and it appeared for just that split second! Lovely feather details in this one. 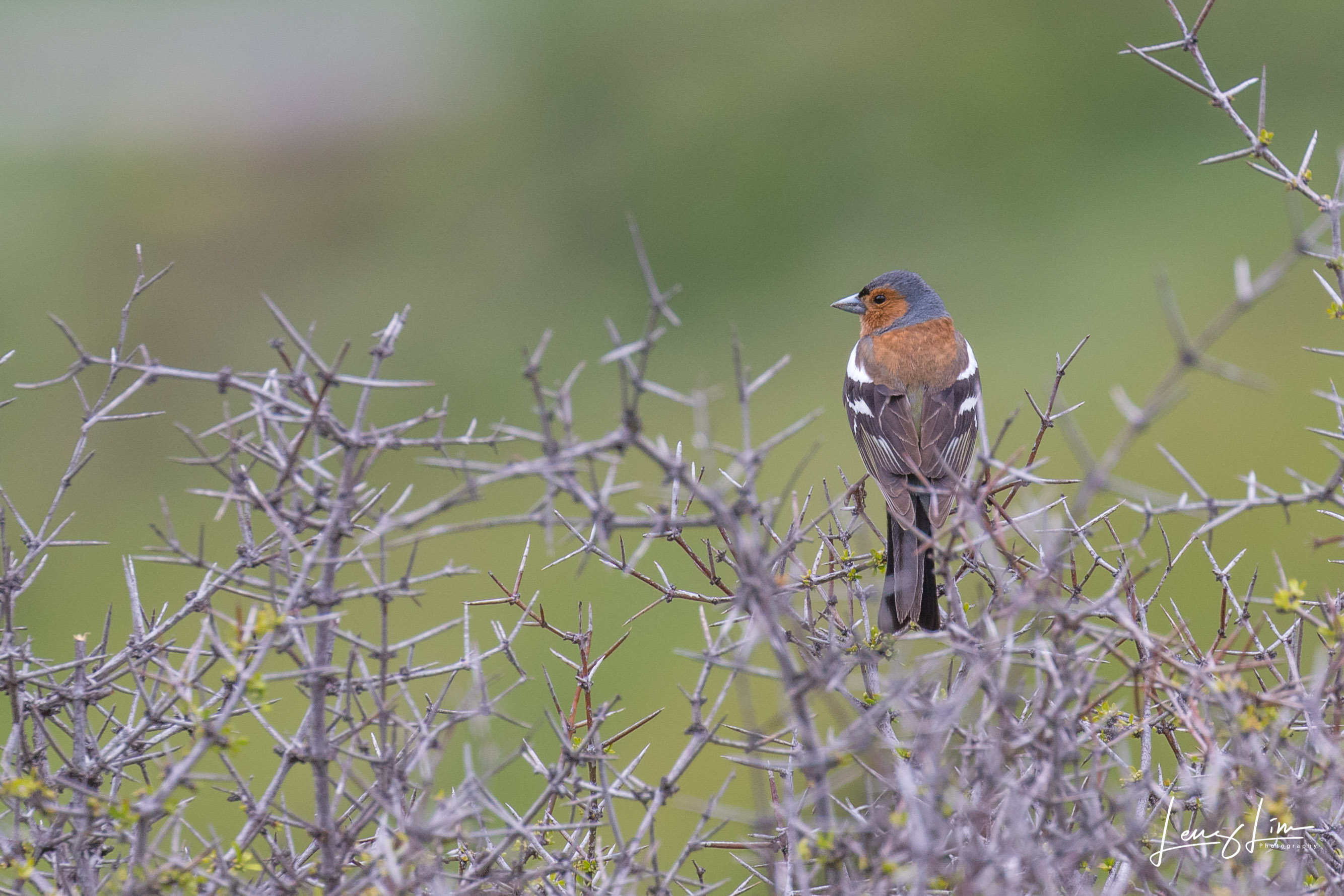 Chaffinches are common but rather skittish as well. Spotted this individual on a nice and rather open perch down the hill. Heavily cropped.

Yellow Hammers are gorgeous balls of gold and pretty hard to photograph as well. This little bugger refused to turn around! 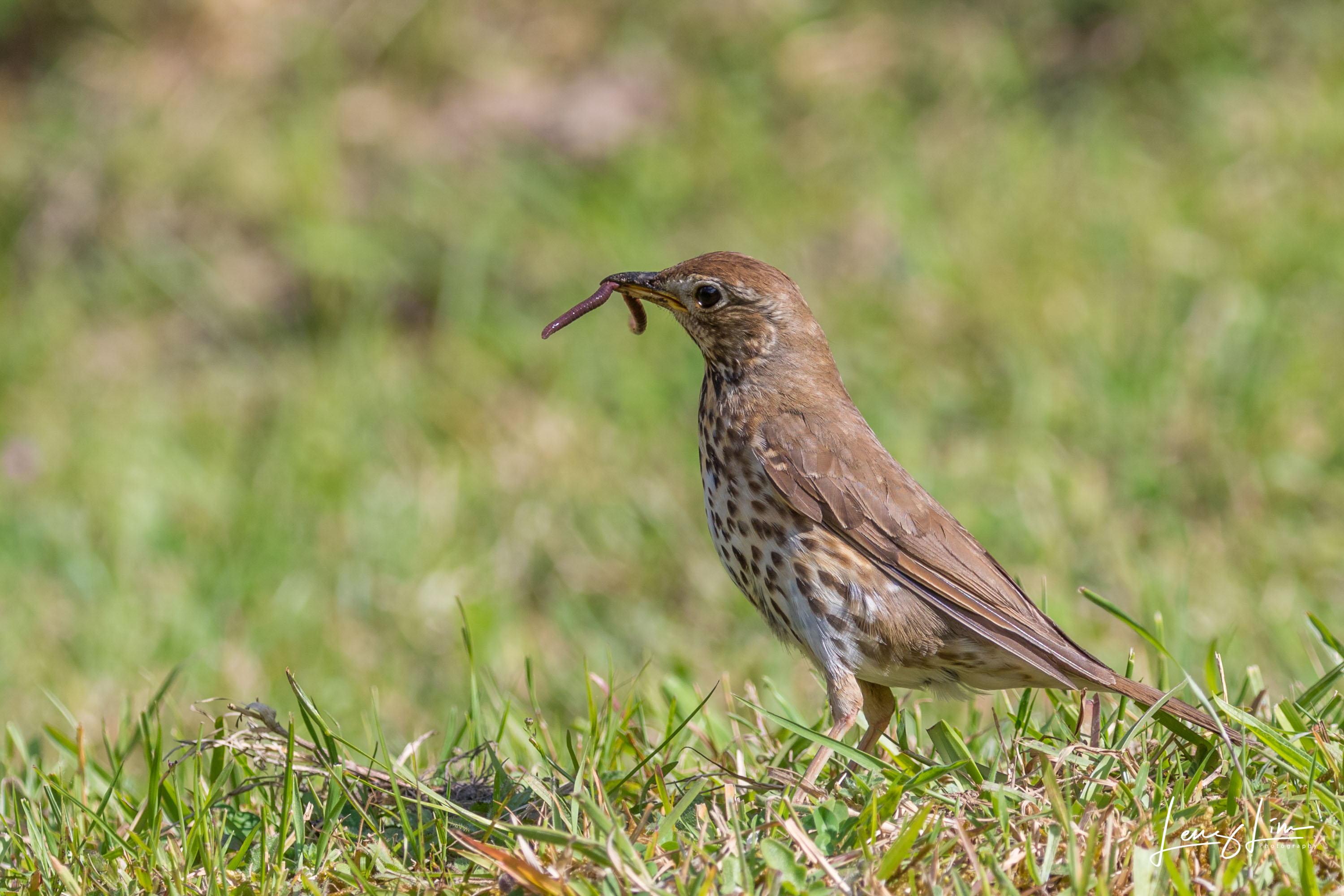 Saw quite a few Song Thrushes throughout the trip and they almost always have food in their mouth. Who says only the early birds catch the worms?

Quiet and unobtrusive, this species is often seen on its own. Spotted only one the whole trip.

Milford Sound is an area with magnificent landscapes and it’s also the place with the highest chances of seeing the World’s only alpine parrot, the Kea! 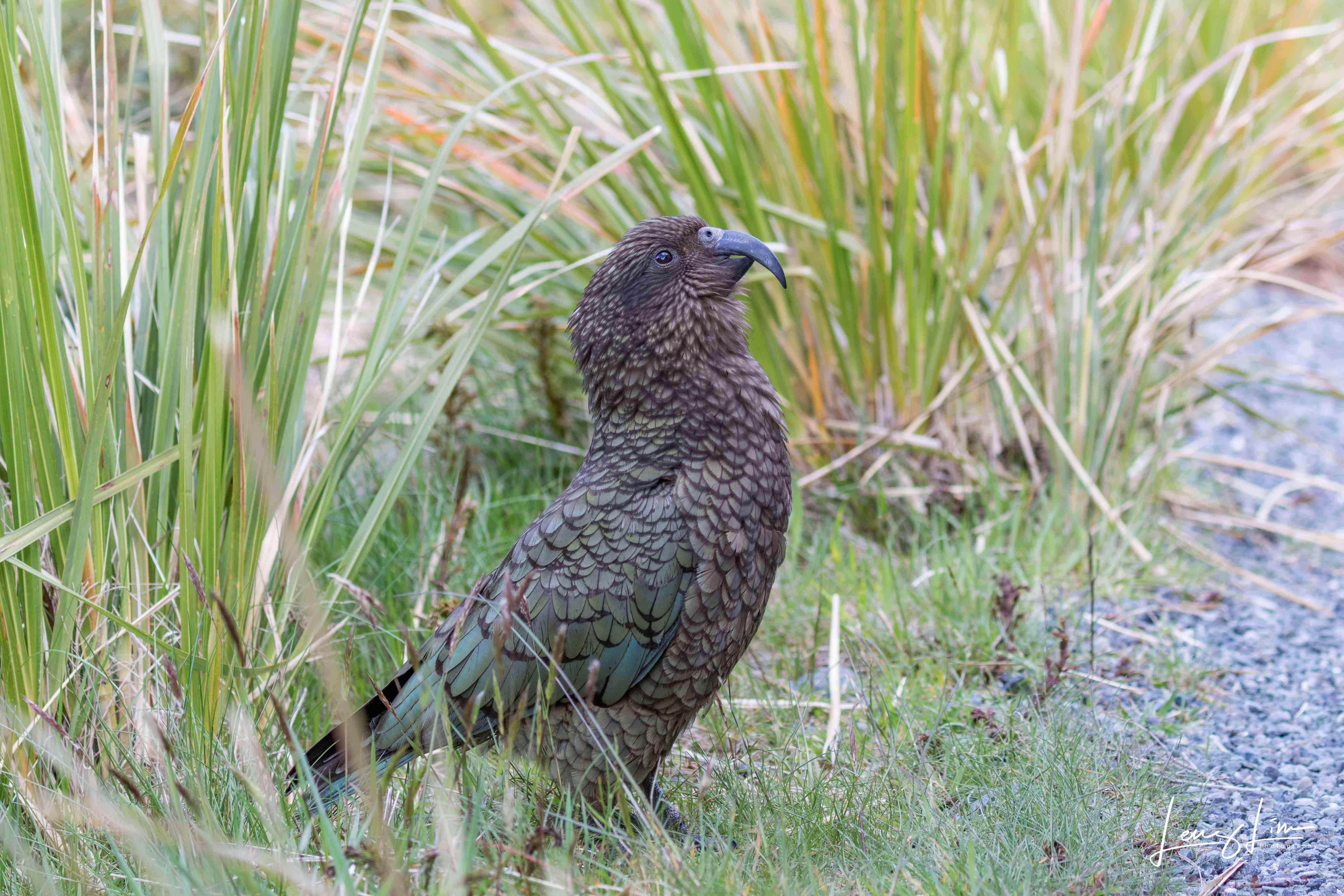 These endangered parrots are highly intelligent and curious. Unfortunately, they are so used to being fed by people and you’ll often see them waddling about on the roof of cars and near parked vehicles. They have a gorgeous olive green plumage and orange feathers on the underside of their wings which I didn’t manage to capture. 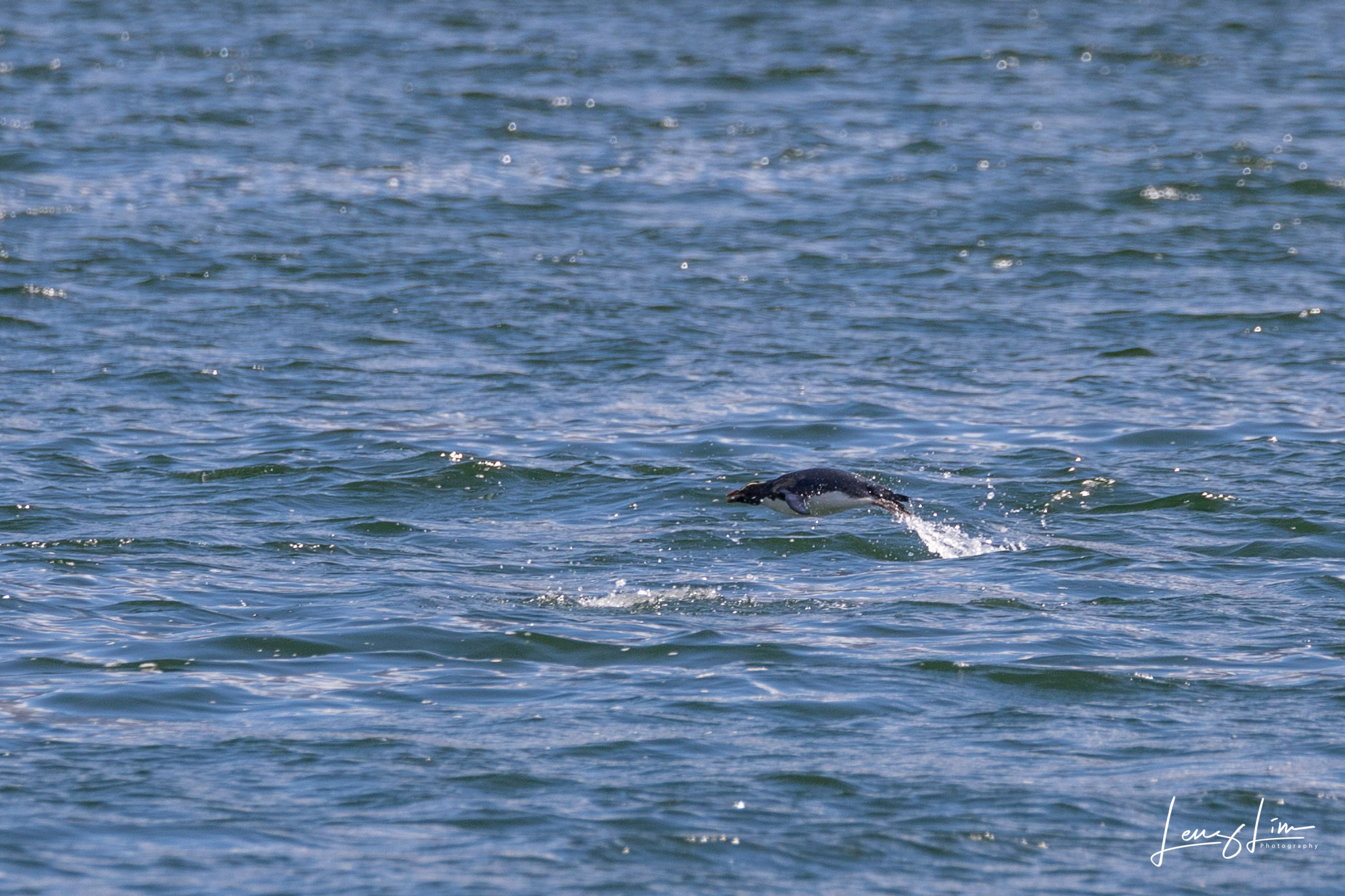 I took these images on board the Milford Sound Nature Cruise and we were told we were so lucky to see 3 of these endangered penguins as they are hardly ever seen during the day. Similar to the Yellow-eyed Penguins above, this species is also dubbed as one of the World’s rarest penguins with a breeding population of less than 3000 due to a large variety of threats. These shots are heavily cropped.

Near Milford Sound is a place called Glenorchy and I managed to photograph some cool species there too! 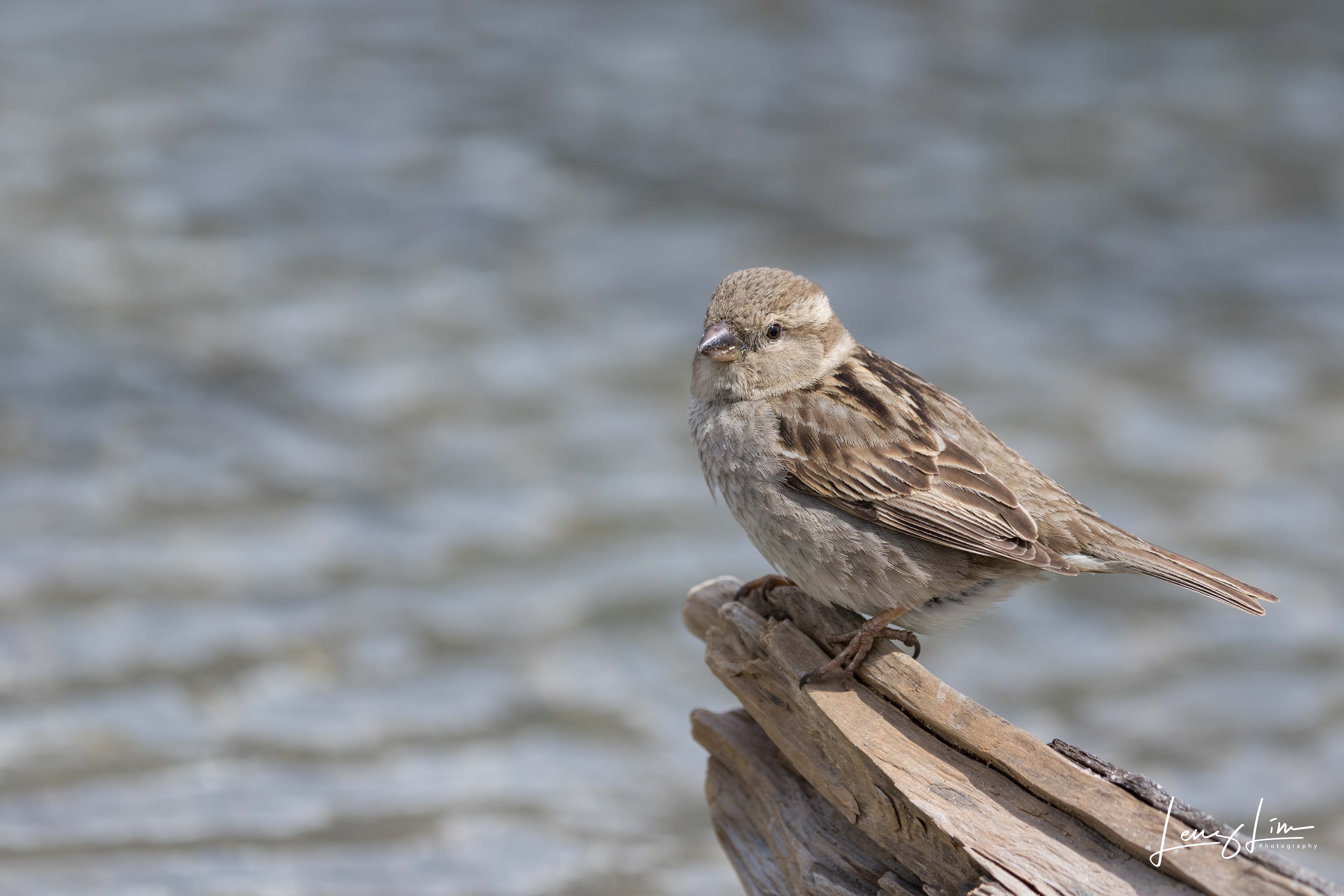 Thats all for Part I!